American Flexible Products, Inc. (AFP) is a nation-wide converter of flexible materials like foams and rubbers. Their technicians cut, shape and laminate the raw materials for other companies to use in devices and equipment.

Though they have clients across the country, they’re headquartered in Chaska, Minnesota – just a 25-minute drive from our office – which makes us lucky enough to partner together.

AFP is a grounded company with a three-decade history. Unfortunately, their website and logo were nearly just as old. While some branding holds up over time (think Disney and Coca-Cola), most companies get a revamp to stay modern and appealing.

AFP’s website still had a fixed center layout (common in early website design) and lacked modern attributes, like adjusting the size for mobile phones and buttons for navigation. These elements held back how often they could show up in Google searches and how long customers would stay on their website. 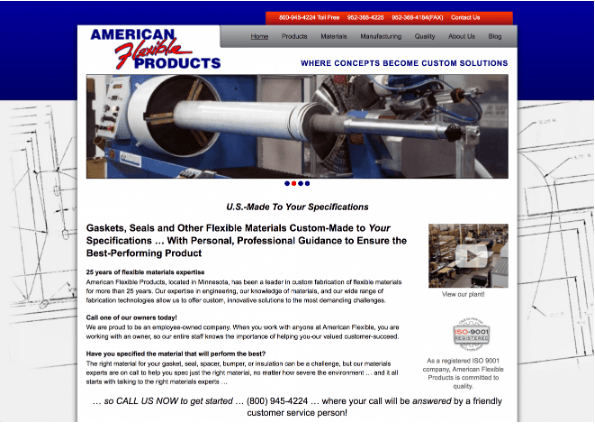 Their existing logo had some suitable features: strong typeface, identifiable colors, a unique F. But altogether, the logo felt aged. An attractive logo can help a company easily stand out among the competition.

We chose to build an entirely new site from scratch to develop an up-to-date layout, user-friendly functions, and easier navigation. 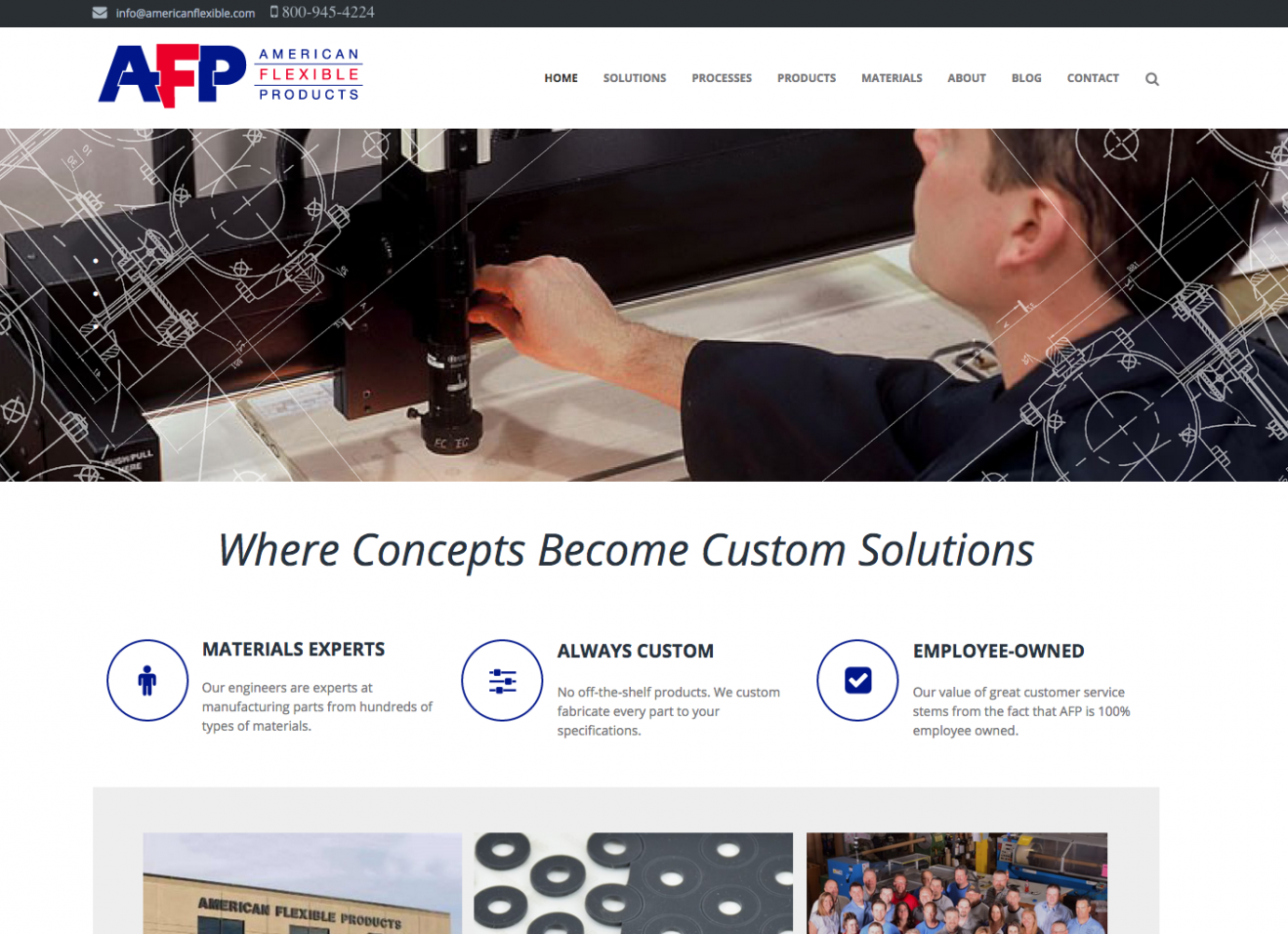 At the same time, we redesigned their logo to incorporate a strong, modern feel that emphasized their market leadership both on paper and online.

Our graphic designers used the same red (RGB 231, 3, 48) and blue (RGB 12, 27, 135) to retain important elements of their previous branding, and adjusted each letter’s thickness, kerning and placement to achieve a look unique to AFP. 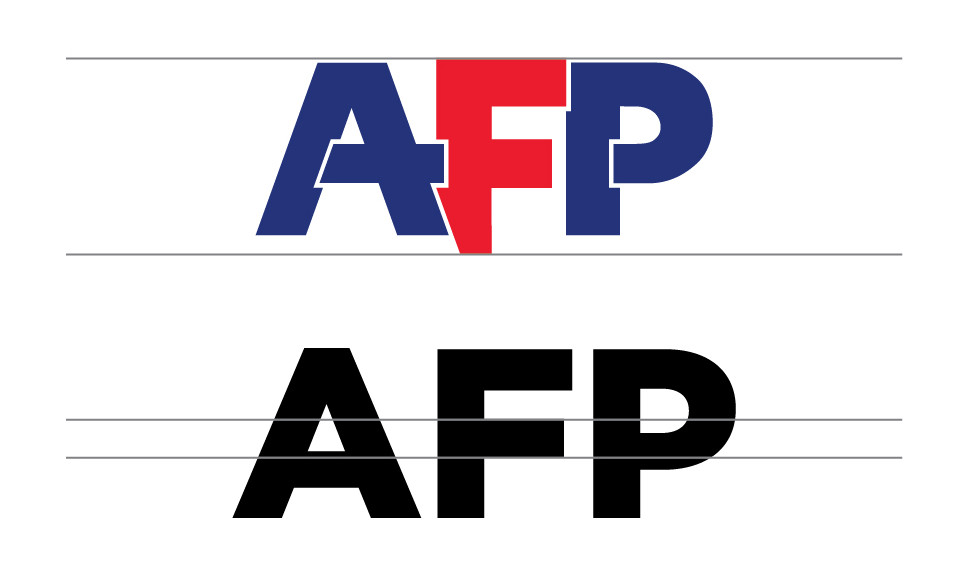 The logo’s F sits slightly above and below the surrounding letters to mimic the distinct Fin their previous logo. Finally, each letter was designed to appear “cut” and “fit” into each other to reflect AFP’s core function as a converting company.

We launched their new website in July of 2017, and by September, AFP had their highest visibility in Google searches since tracking began. Their organic traffic from Google doubled and the average time spent on their website increased as well.

AFP now has a new look and feel to attract the younger generation of incoming engineers and purchasing agents while reinforcing their fixed position as a market leader with expertise in materials converting.