These 6 Keyboard Keys Are Weakening Your Marketing

These 6 Keyboard Keys Are Weakening Your Marketing

There are probably anywhere from 70 to 100 keys on your keyboard, but not all of them are meant to be used as often as you’d like. Overusing some symbols and editing keys can make your marketing come across as confusing or even lazy. Here are 6 keyboard keys to rethink or avoid altogether if you want a tighter, more effective message. 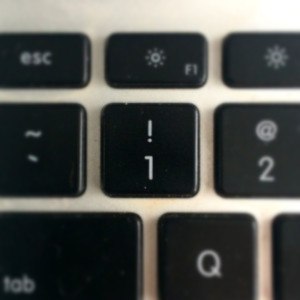 Throughout the 1900s, exclamation marks were used everywhere advertising. Eventually, however, consumers realized (a) they didn’t like being yelled at, (b) loud salespeople are annoying, and (c) there’s really nothing urgent about “This Brand New Bar of Soap!!”

Today, using exclamation marks can actually cheapen your message and discourage shoppers from taking action. Think about it: when’s the last time you were persuaded by being yelled at?

The safest time to use an exclamation mark when someone – usually in storytelling – is actually yelling (The boy yelled, “Watch out!”), but not when you’re yelling (“Buy Now!”).

You can also safely use one after a sale has been made, like on a thank-you page, when you’re no longer trying to sell something.

If nothing else, use exclamation marks sparingly. MailChimp said it best: “[Exclamation marks are] like high-fives: A well-timed one is great, but too many can be annoying.” 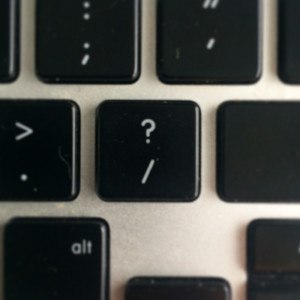 Forward slashes (/) can be used correctly in marketing content, but it’s much more natural to leave them out. If you’re given the option, slash the slash.

Most of the time, the forward slash goes between two words if they’re either very similar or entirely opposite. You probably see phrases like “before/after pictures” and “ham/turkey sub.”

Of course, you can (and should) use forward slashes if you have long lists or in more technical situations, like fractions and dates. And if you decide to use a forward slash, avoid spaces on either side (red / green) unless you’re splitting up two double-worded phrases to make reading easier:

Tickets are on sale for the Elvis Presley / Justin Bieber concert in August. 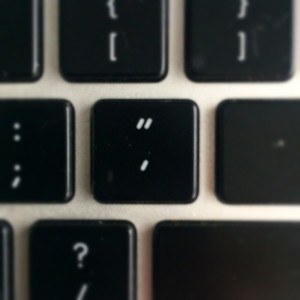 Quotation marks have many purposes, but the rules easily overlap and can change for each situation.

Here are a few of the most common places business owners use quotation marks in their marketing and promotions and when to use an alternative.

When to use quotation marks:

When to not use quotation marks:

Taglines and focus words can be read perfectly fine without quotation marks. Often, they’ll stand out with design, not punctuation.

Emphasis should be shown by italicizing the word, though bolding or underlining works, too. 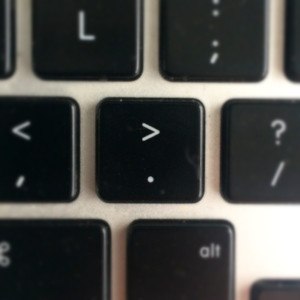 An ellipsis (or plural ellipses) is made by tapping the period key three times (…) and is commonly called a “dot-dot-dot.”

We often see ellipses in places they don’t belong, like leading into sentences, wedged in the middle, or in place of commas or hyphens. A random ellipsis tossed into your marketing can easily confuse your customers.

Almost any marketing message can be written without ever using an ellipsis. One of the only times to appropriately use the dot-dot-dot in marketing is when a section of a person’s quote is removed due to length or error: 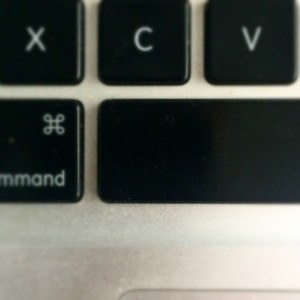 Using two spaces after a period is a holdover practice from hundreds of years ago when typesetters would use wide spacing at the end of sentences to make the letters and lines easier to read. Typewriters in the 1800s and 1900s used the same principal.

But with the advent of digital word processing, all the digital letters, sentences and spacing are designed to be as easy to read as possible, so there’s no longer a need for a double space.

If you’re already accustomed to it, using two spaces is perfectly fine in normal communications like emails and notes. But in published content like brochures and webpages, single-spacing helps show modernness (in addition to adding a whopping 15-20 extra characters per page).

Note: If your entire demographic is a generation familiar with the double-space method, using double spaces may be fine. But anyone younger and you should consider switching to single-spacing. 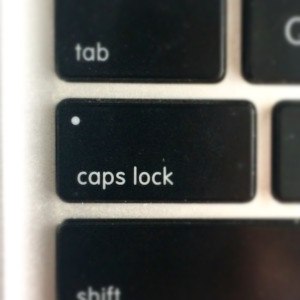 Using all uppercase letters has its place in design, but misusing capitals can look like you’re shouting, which (like the exclamation mark) can easily discourage customers from buying.

Many people also use all capital letters when they want to say something REALLY IMPORTANT, but we can use italics for those really significant words. And you should still use uppercase letters for acronyms, like NASA, ASAP, PDF, URL, etc.

Others use uppercase letters for titles and headings. This isn’t necessarily incorrect. If you’re having an advertisement professionally made, graphic designers will use all uppercase letters if the typeface is designed to look good with all capitals. But if you’re only typing out a document and you want to make the title look like a title, use a larger font size or bolding.

The second still stands out while seeming less aggressive.
Note: Many social media sites still haven’t given users the power to use bolding and italicizing in posts. In this case, we’ll admit that we occasionally use all uppercase for emphasis if it’s really necessary.

There are thick grammar books that go more in-depth on how to use each of these keys, but this quick overview should help your messaging the next time you’re crafting your marketing.

How to Spot Scam Emails
How to Choose A Name For...