Google has announced it will shut down the consumer version of its social network, Google+, by April of 2019. While the ultimate reason for pulling the plug is because of a data breach, the social media site has been struggling since its introduction. Here are the other reasons why Google is bidding farewell to Google+.

The official and final reason Google is shutting down Google+ is because of a data breach. Back in March, a piece of software was published that could have been used to view “non-public information.”

While the breach could have affected up to 500,000 accounts, Google said they found no evidence that private information was actually accessed. 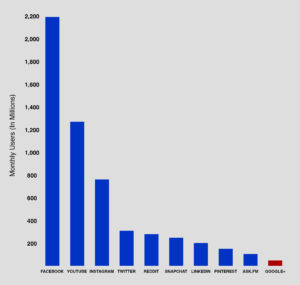 With the low number of people using the site even after seven years, it’s hard to imagine Google being able to increase activity. Google even admitted it themselves this year: “[Google+] has not achieved broad consumer or developer adoption.”

It’s often been said that Google+ was only an attempt for Google to compete in the social media realm instead of being able to offer something unique.

Successful social media sites generally have a specific niche for users to connect with each other. (This usually excludes Facebook since its very general format may be a reason why the site became so popular.) 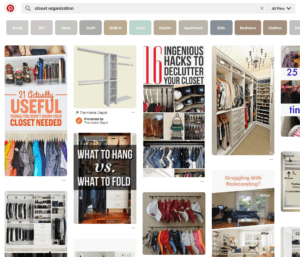 With a low number of users and no solid differentiation on top of the data breach, it’s easy to see why Google is opting to shut down Google+.

Google will, however, continue to offer the enterprise version of Google+ for internal communication among co-workers in the workplace.

Where to Promote Your Brand

Now that Google+ will be shutting down, marketers can focus their attention on other more successful social media sites.

Need help with social media management and advertising? We’ll help your company connect and reach customers on the social media sites where your target demographics are active.